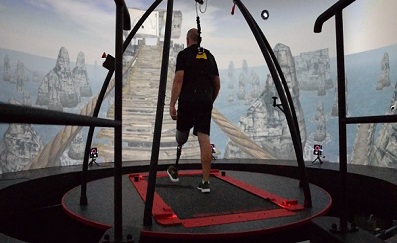 This is in conjunction with the Defence and National Rehabilitation Centre (DNRC) at Stanford Hall in Loughborough, UK.

Summit Medical and Scientific are proud to have worked closely with the former DMRC facility at Headley Court and now at the DNRC, including installing the Motek High End Computer Assisted Rehabilitation Environment which used in the rehabilitation and therapy of military veterans and active soldiers for a wide range of conditions, including brain and spinal injuries, neurological disorders and amputees. Read more.

We also supplied an array of AMTI force plates and wireless EMG to the Biomechanics Performance Laboratory, where we worked closely in collaboration with Vicon to deliver 11 OPT400600-HF High Frequency plates for a walkway, and 4 OPT400600 for a walkway with force plate stairs, in conjunction with high-tech motion capture technology. Read more.

Apply for the position of Higher Scientific Officer on the Civil Service Jobs website.