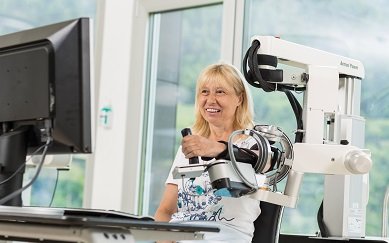 A new research report has predicted that the healthcare assistive robot market will exceed 1.2 billion by 2024. This market was previously valued at USD 152.3 million in 2017.

The rapidly growing geriatric population, combined with increasing rates of chronic disorders, will drive this growth over the next 5 years. As per a report published by the United Nations in 2017, there are an estimated 962 million people aged 60 or over in the world. Additionally, there is an increasing demand for elder-care services including healthcare assistive robots that can assist in care and support of the elderly and disabled populations. This too will augment business growth in upcoming years.

Rising funding for research in robotics technology is also a contributing factor for healthcare assistive robot market growth. For example, the National Institutes of Health (NIH) is focusing on the advanced research in the field of robotic technology development to enhance health and reduce disability by announcing funding for the same. The aim of this funding is to encourage the transformation of rehabilitation robotic technology to support health care providers and individuals in need of rehabilitation that will foster healthcare assistive robot business growth in forthcoming years.

There will also be an increase of 19.8% in the mobile robotics market, caused by an increasing awareness among the population regarding innovative mobile robots and robotic devices. These systems are generally controlled by sensors and software to identify their surroundings and/or the patient using them. A growing adoption of these healthcare assistive robots, particularly among the geriatric population, will help in the growth of the market.

Cognitive & motor skills segment accounted for 24.3% revenue share in 2017 owing to increasing prevalence of neurological disorders across the globe. Some of the neurological disorders including Parkinson’s Disease (PD) cause cognitive impairment and motor dysfunctioning. As per NCBI 2017 report, PD affects 1-2 per 1000 of the global population. PD prevalence is increasing with age and it affects 1% of the population above 60 years. In such cases for improving patient cognitive ability the healthcare assistive robots are very useful.